This city is a magnet for me. Three times in four years.

First to the Adina Apartments in Hackescher Makt which is beginning to feel like home. Even the same good morning coffee in the unprepossessing café in the square around the corner. But at cocktail hour there is this great number waiting at the  Adina: – a Rufftime Margarita made from triple sec, lime juice, mescal and agave syrup

How good to feel I’ve mastered the trains and know the neighbourhood. These are a few scenes within a couple of hundred metres of where I stay:

So what was new? How can I recall anything I did not take a note of, given a year has passed? The photos will help. Each time in Berlin, I find something new.  Perhaps not a new layer but new corners. Maybe you have to live here to unravel the marble cake of layers and the impact history has in creating them?

This time I stumbled on a new corner close by – the courtyards of Heckmann Hofe, About 50 yards beyond the New Synagogue and less than a k from Museum Island, these courtyards date back to 1799. In 1905 industrialist Heckmann made the Hof the HQ of his business; in 1950 it became the “property of the people”. After unification the delapidated courtyards became the home of the creative community and in 2000 the area was restored; since  2004, cafes, restaurants , small design and craft shops have revitalised the Hof. I have spelt this out because in some way the adaptations of the buildings reflect the changes of Berlin’s fortunes and focus.

So what are the memories?

Firstly this time I walked the length of the Tiergarten. That’s a Bucket List Tick. Maybe more of the Teacup List Tick!

I bought more acrylic jewellery at my favourite shop in Hackescher Hof and lunched at a Vietnamese Kitchen in Rosa Luxemburg Strasse –  because of Rosa. Wandered the galleries along my favourite street, Auguststrasse. Went to the Biennale at the great KW gallery.

The photo below is similar to a reflection taken on my first tip in 2014 in the same courtyard of KW gallery:

There were many favourites revisited too. 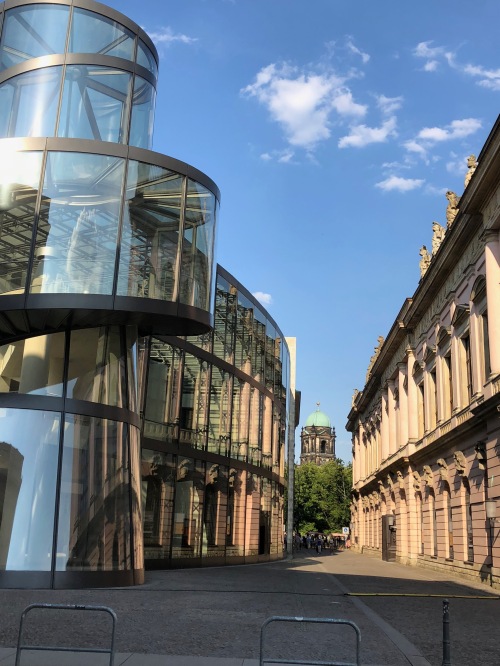 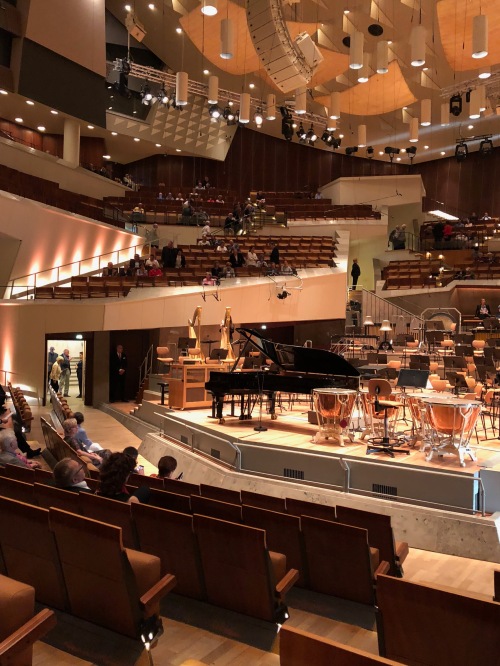 A highlight of the trip was a half day spent in a special arrangement with Thomas Abbott, such a Berlin expert that the top travel companies and the NSW Art gallery engage him to escort their tours.

I had searched out Thomas because after my first 2 trips, trying to understand the interplay between history and twentieth century architecture in Berlin was bedevilling me. What was genuine? What was restored? What was a new build, for example, in the former East Berlin? What were the clues? I had realised how superficial my knowledge of the physical city was.

Basically I knew about  the original Prussian Palace dating from the 1400s, and e with Gendarmenmarkt with French and German churches from 1700; Schinkel’s buildings including the Altes Museum, Neue Wache and the Koncerthaus from the beginning of the 1800s.

In the 1920s, there was Gropius with the new modernist architecture signifying the new Germany; Berlin was booming and that was when the underground was commenced.

Perhaps the original trigger for this  was my failure to understand the “big” ideas of the old GDR, having previously only seen the period under the shadow of the evil Stasi. When I first saw the Frankfurter Tor and Karl Marx Allee with its Stalin baroque style I was drawn in. As I found in Dresden, the GDR Government did much to rebuild post-war Germany. On the human side, much of the construction occurred over 6 years and in 1953 workers in Berlin revolted.

One thing Thomas pointed out here was the towers in Frankfurter Tor referenced those at Charlotte Schloss and a theme of Berlin restoration was the repeated referencing to earlier styles/time. 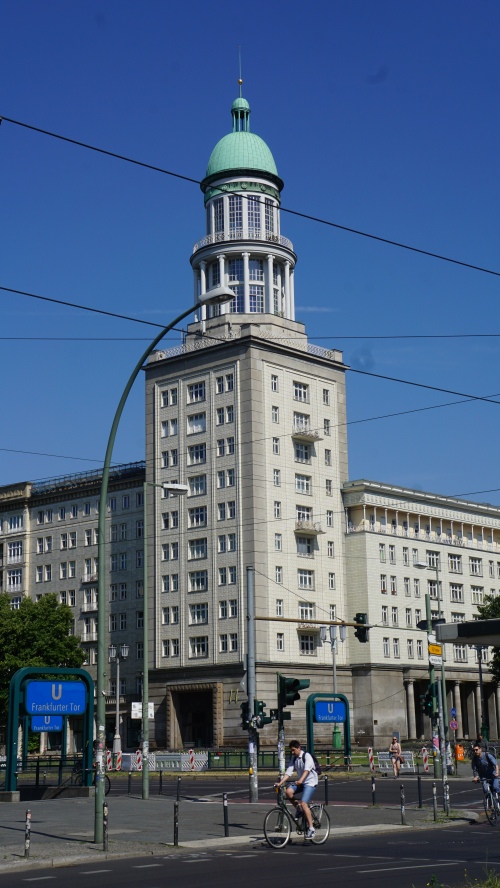 We could not have asked for a tutor with a more detailed knowledge and thoughtful presentation to teach us changes from  the pure, elegant, new dawn of Gropius to the 21st Century Bekini Berlin shopping centre.

The tour was detailed and the architectural idiosyncrasies so complex that I make no attempt to flesh them out with words though I can’t resist including some streetscape/architectural photos that appealed to my compare and contrast eye: 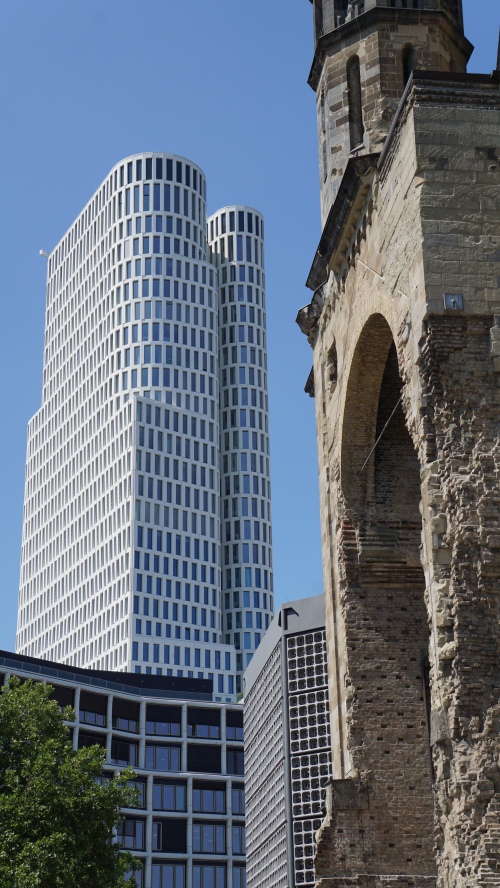 There were though some small facts which I had not known before and while disconnected trivia to some, added to my knowledge of Berlin:

Looking at the photos has stirred in me many reasons Berlin continues to beckon:

“By filling it in, we try to cure this crack,” said Frankenberg, a designer of the memorial. “We try to still let it be visible, still show it, still show the injuries that still remain after the attacks, but we wanted to show that our society is stronger than that. That by looking at what happened, then we can be stronger than terrorism.”

The politics of protest 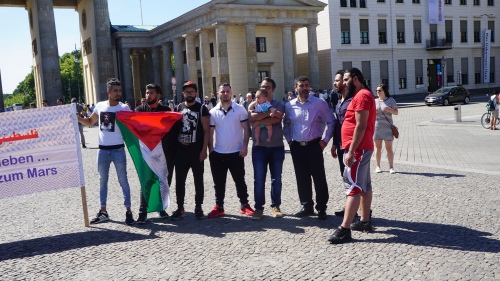 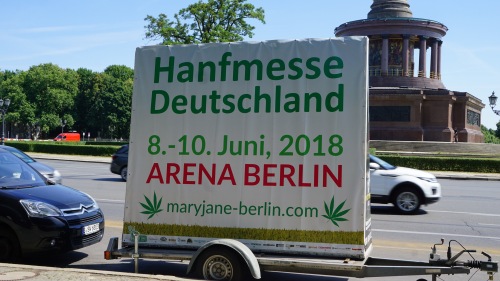 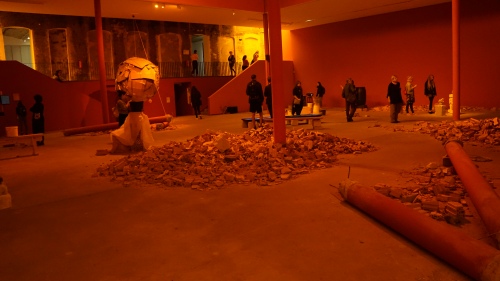 And the interactive piece below with the following instruction. 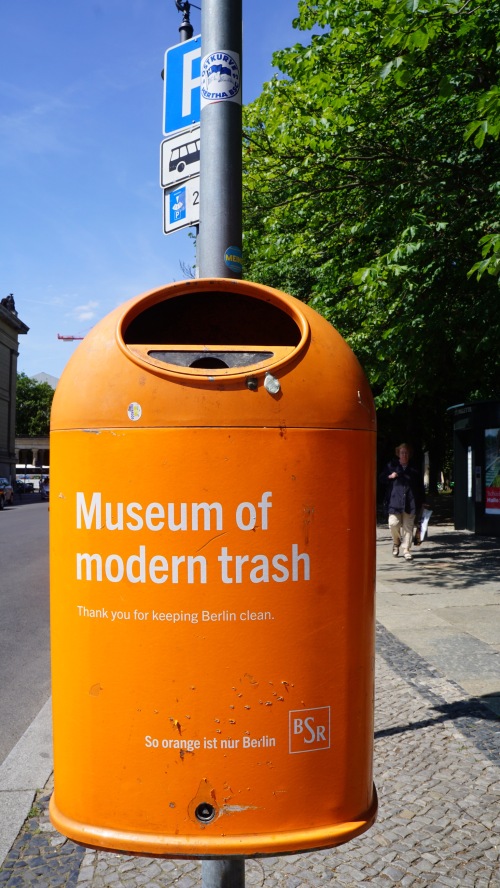 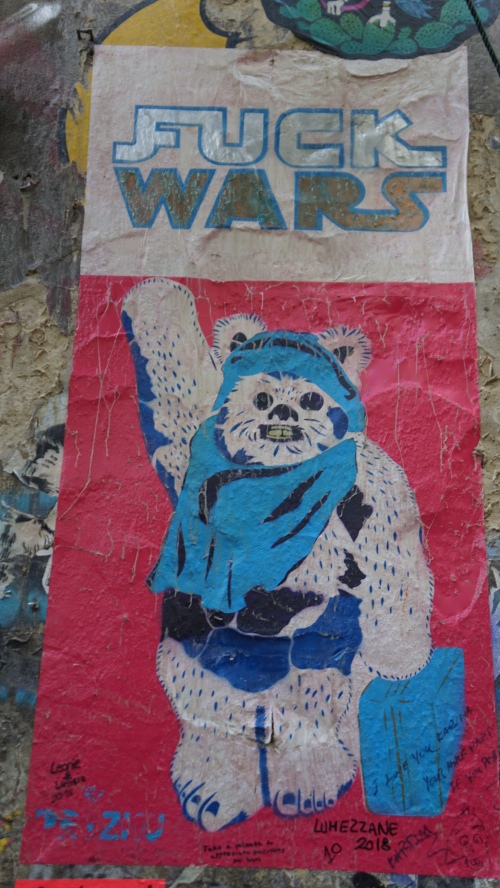 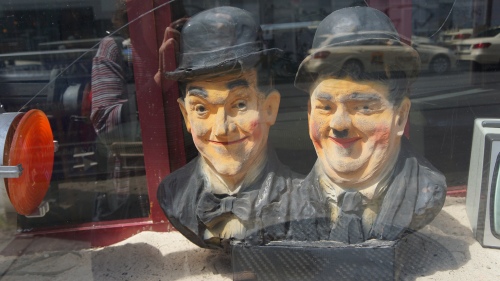 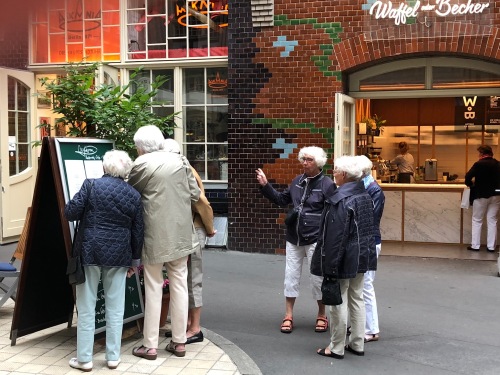 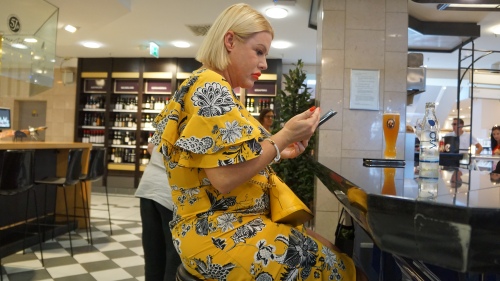 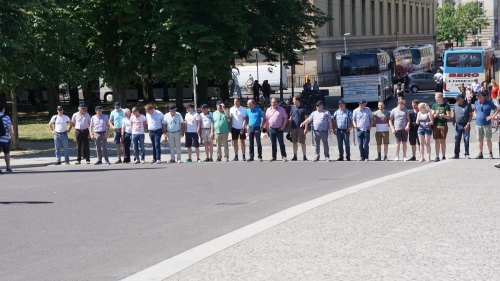 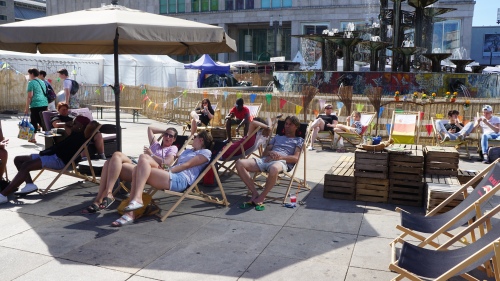