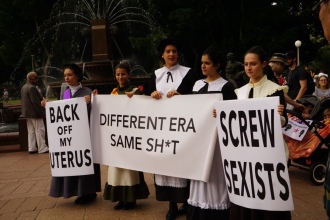 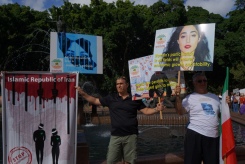 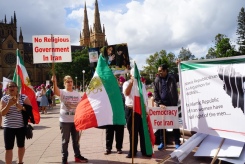 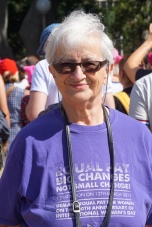 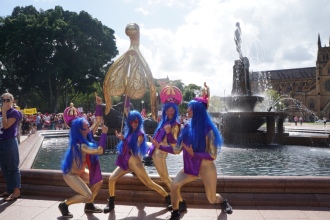 My cousin, Smacka, was cremated last week. Two things stood out about his overflowing funeral of some hundreds – what it said about him and the resonances of family it stirred in me.

First those resonances, the context for my being there:

As I get older I am drawn more to see the full cycles of my life; and I see more circles close.

The extended family grew up in a series of working class semis in Crow’s Nest. I lived in the house of the matriarch; my nanna. Smacka and his family lived a walkable distance away, as did a few of nanna’s other daughters and their families. Families hanging close is a common second generation custom.

The first generation huddled even closer together. In the decades around the turn of the nineteenth century almost every street in Miller’s Point housed someone who shared my DNA or married into it.

Smacka was the better part of a decade older than me, the younger of 2 brothers, a chalk and cheese duo. Barry the older was quieter, more studious, sometimes ill. Brian (Smacka) was a knockabout kid. He could have been a prototype for Ginger Meggs. Both boys, as befitting an Irish Catholic heritage, went to Marist Brothers at Mosman and discovered football.

I think it was he who pushed me, aged about 8, out of a rowing boat 100 metres from the beach at Balmoral. It was sink or swim and I learnt to dogpaddle. I still have small grainy black and white pictures of those family picnics. Now I take my own grandchildren there – 5 generations have played on the same sands.

At 18 Smacka as he was already known (a nickname which perhaps gave a hint to his personality), did what someone with that name might do – he joined the police force.

I remember the family consternation, the uproar, the criticism. The sons of a working class Irish family never became coppers. Coppers, it was rumoured, had to sign a pledge that they would even put their own mothers in jail if they did the crime. I remember becoming concerned for my Aunty Ruby, Smacka’s mother and the gentlest kindest of my aunties in whose kitchen I often sought comfort.

I lost memory of him from then on although I do remember going to his wedding. Ruby, dear Ruby, came to help me with my babies in the year before she died.

About 30 years later, I got elected to a position that some, not me, might consider to wield some power. Smacka got in touch. Could he visit? The time came and there he was on the doorstep with the boss of the local police region and a slab of beer, come to discuss matters of mutual interest.

Another 25 years passed and about 9 months ago the oldest of the cousins died. Spurred by sentiment I decided to gather many of the remaining cousins to lunch. Smacka and his wife came.

There he was on the doorstep looking ravaged by time, by the many cancers he had beaten, croaking through the voice box that had replaced vocal cords removed after cancer of the throat. And by his side was the Esky of beer that I presumed accompanied him to all social occasions.

He spoke little though that afternoon, a few wry comments. But he was there part of my childhood returned to me passingly before he died.

Who was he this cousin of mine?

I suppose I am writing this not just as a hook for my own memories but as a statement about people we are connected with who can live a whole life, achieve milestones, show kindnesses and we are ignorant of it all. A book on the shelf that we never bothered to read.

Smacka deserves acknowledgement because from what I heard at his funeral he was one of the last of a kind. A bigger than life Irish Australian character, the knockabout bloke who loved his sport and would do anything for his mates, a bloke who read Banjo Patterson, played golf when too old for football and went to the Melbourne races. Mates everywhere.

“He was all ours of a weekend” one of his daughters said. She recalled great childhood experiences of long car rides to bleached beaches on searing summer holidays.

This man always had a wry crack. Perhaps it was the years in the police force (including in the old 21st Division, the CID and Armed Holdup Squad). or the natural reticence of men of his generation, that made him dry and non-committal?

For me the funeral held some surprises. The tribute from the large copper, a very senior officer, in full dress uniform with about 5 gold stars on each shoulder could not continue because it took all his energy to stop the tears from spilling down his face. He clearly loved my cousin.

Smacka, who had taken early retirement because of the cancers which took first his voice, had risen by that stage to Detective Inspector and the sentimental talk at the funeral was that he could have been Commissioner, other things been equal.

So all that was a surprise to me. The other surprise was the battered elderly man in a leather coat with his own voice box, crying in the row in front of me. After retirement Smacka and his wife took over the Laryngectomy Association. We were told there wasn’t a hospital in NSW he hadn’t visited to counsel some suffering soul.

So there you have it, a dry knockabout lad who loved his sport, his mates, his family;

who rose up in the old tough NSW police force;

who showed indomitable courage in the face of years of illness;

who spent the last 20 years counseling those similarly afflicted;

who was remembered by men crying at his funeral;

and whose family thought he would be best remembered with a poem by Banjo Pattterson and a song from John Denver.

He was a cousin of my childhood and I missed his life.

Tagged as My cousin Smacka 2015

The Street Where I Lived

A few nights ago, my son and I checked out a well reviewed new restaurant. The food was tricked up Cantonese. OK. The space was very Melbourne- although we were in Sydney – high black ceiling with pipes laid bare, Chinois motif with touches of shabby chic.

The remarkable thing about it was the location in a wide street of dark empty commercial buildings with their closed lunch cafes underneath. This was the street, Chandos Street, Crows Nest, where I grew up.

Fifty years ago, before the inevitable (close to a railway station) re-zoning of perhaps 3 decades ago, this was a neighbourhood. This was a street of working class semi detached houses with a corner shop and a life being lived by a motley collection of characters.

As the cliché goes, it was like yesterday. I can still see them all, hear the laughter and the shouting, smell the crackers and taste the pennyworth of lollies from that corner shop opposite.

If my family was colourful, the working class neighbourhood was more so. Every Saturday afternoon (until school sport spared me) I ran down the back lane to give Mr or Mrs Wilbow, the local SP bookies, some coins wrapped in a torn off page of a school book with the name of the favoured horse written on it. The Wilbows also ran a hamburger joint at St Leonards and their son Bobby was a magician.

A few doors down Keith, around my age, lived with his parents; his father sold clothes props from the back of a horse and cart. I remember Keith being beaten with the horsewhip in the lane one night. No-one did anything.

I was not allowed to talk to the Peterson girls who were around my own age. I gathered from overheard whispered gossip and hearsay that the father, a garbage man, was suspected of having “behaving badly” towards his elder daughter under their house. Again no one interfered in another family’s business.

But it was the Targets who took the prize. They lived on the other side of the common wall and I learned much of my later colourful language by listening to their fights, ear pressed on the end of a glass held against the wall. Both Mr and Mrs Target were alcoholics and some nights she wouldn’t even make it rolling home from the pub a few blocks down. Mrs Target would have to be helped from her prone position in the lane to her gate.

Cracker nights a large neighbourhood bonfire would be piled high in the back lane. Catherine wheels spinning on rough paling fences, foolhardy boys lighting rockets in bottles, squealing jumps over Tom Thumbs going off. One year Mrs Target got right into the swing of it pouring kerosene over her husband’s clothes on the line and setting fire to them. I remember the drama when my family called the ambulance to them a few times.

New Years Eve we would stand on the front verandah banging away with the saucepans frightening the evil spirits away from the year to come.

There was always someone around in Chandos Street or in the lane behind. Kids playing cricket, telling questionable jokes, planning cicada expeditions, dawdling from school or just sitting on the rough grassy edges of the bitumen backlane in the searing heat.

On Saturday afternoon, the pigeons had to be coaxed into the pigeon house after a long race from some exotic country town and their times clocked.

Lives were lived; women walked up to The Nest to the haberdasher or the ham and beef shop; families drank innumerable cups of tea and men boozed; passions boiled over; curtains were drawn and gossip crafted.

Now I see the dark silhouette of a commercial streetscape, within it the lights of a new restaurant or two. Urban adaption is again rolling over this street of my childhood. How many decades I wonder before people live here again and will it ever be as colourful as it once was?

Tagged as The Street Where I Lived 2015